A purple eye and bruises in my face. With raised eyebrows I see a photo of myself dropping by on Instagram. It looks like I had a huge fight. Apparently, the photographer photoshopped my face. Are there any limits in the use of photoshop? And what right do models have in this?

Models always have to look good; their skin, their hair, their body etc. etc. Besides that, models are made ‘prettier‘ (or made worse, like my purple-eye photo) by the use of make-up and the friend of every photographer: photoshop.

“I use photoshop for everything”, tells dutch photographer Laura Hein (39). “To open photos, crop them, change colours, strenghten contrasts, retouch. Photographers can not avoid to work with photoshop.” But retouching photos entails more.

Selling products
“Photos can look very natural while they are actually very photoshopped. This is an example of good work.” But are there any limits? “Moral limits, yes. If we talk about smooth dolls with unreal Barbie bodies, that is something I find really, really ugly. Do not change people.” However, Laura does think you can not see models and normal people in the same way. “Models have to sell products, so there is more allowance in the use of photoshop.”

Smooth dolls with unreal Barbie bodies,
that is something I find really, really ugly

I do agree with Laura. If a model has a job it is about the product which has to be sold. However, the purple-eye-photo was made at a testhoot. I thought the photographer would take normal portraits of me. So, it was quite frustrating to get the photos back with bruises in my face. Partly it is the photos which frustrate me, but it is more annoying that there was no communication about the idea behind the shoot. The shoot itself was nice but I think the photographer should have informed me and my agency beforehand about his plans with the photos (in fact most photographers do this, by showing a mood board).

Limits
Photographer and owner of modeling agency BM Model Management Peter Kalb (46) tells me he does not get very photoshopped photos so often. “I have experienced it once that I received pictures on which the face of the model looked totally different. The photographer tried to make her face less round, but it looked very strange.”

The photographer tried to make her face less round, but it looked very strange

Peter uses photoshop too, for instance to retouch photos. “One of the models in my agency has a very bad skin, so I always photoshop her face.” Peter does think there are limits and a photographer should think about that. “Models have to look like themselves. Let a model be a model.”

The photographer who has taken the photos has the copyright of them. Which means, the photographer is allowed to publish the photos and photoshop them. The only exception to this is for jobs beyond modeling. In that case a photographer has to ask permission before publishing the photos. So, does this mean I do not have a voice in this at all, when I see a photo of myself with a bruised face? Or a photo with a nose like Michael Jackson’s? (like the photo below) 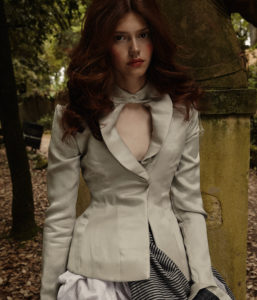 Does this mean I do not have a voice in this at all?

Values
Model agent Peter thinks so. “It is the work of the photographer. He – or she – can do with it what he wants.” I know this is the truth, but it does not feel right, as if it conflicts with my values. It is my face on the photos and I worked with the photographer. It is not only the work of the photographer and the team, it is also mine. So, you should think I have a voice in this as well. Of course, you will not hear me complaining if a photographer photoshops a pimple or something. But this is different. And I have not even mentioned the fact that there are a lot of photoshopped photos which lead to wrong images of reality. Like skinny models who are made even skinnier than they already are. What message do teenage girls get from these photos? 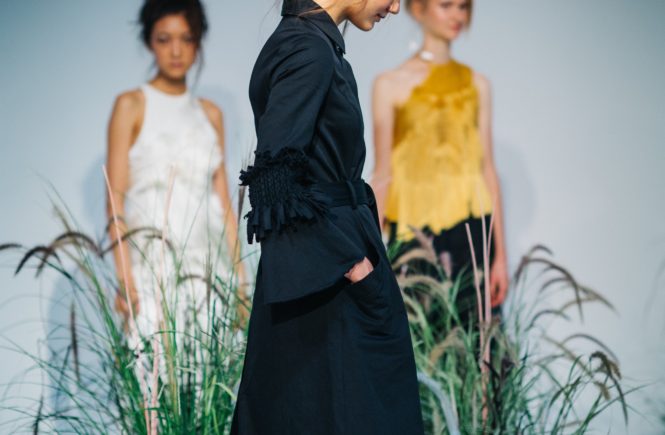 Monkeys in the zoo? 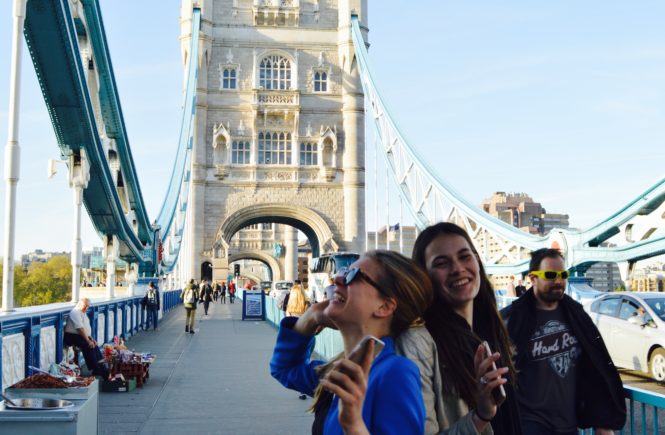 Time flies when you are having fun

Staring at my display I’m waiting until the inspiration comes falling down from the sky. While studying journalism last year, one of my teachers told me that the key to writing is simply beginning - the rest will come by itself.

This error message is only visible to WordPress admins